The user can upload and analyze two types of data: either a single chromosome, or the whole cell. In this section we explain how to identify entangled structures along a single chain (a chromosome, or any other polymer-like chain with similar size): knots and slipknots.

Knot analysis can be conducted based on random, centre of mass, or direct closure methods, on two different levels:

Moreover, the user can use all these methods together with the relaxation procedure to estimate entanglement stability [1].

Entanglements of a single chromosomes are presented in the following manner. The information displayed from top to bottom of the result page can be divided into:

Each of these parts is described in detail below.

At the top of the page, the first tab indicates the status of a submitted job, as shown in Fig 1. The tab summarizes options used by the user to submit a job. The most important information is:

Users can name their jobs, hide them on the job queue, and, by supplying their e-mail addresses, request to be notified when their job finishes. E-mail addresses are stored only until the job finishes, all other data about the jobs is stored for two weeks.

Graphical representation of entanglement of a chromosome

In the most advanced option critical information about the knot type and its likelihood is presented using four methods:

The main part of the default page contains the JSmol presentation of the chromosome structure and one of the two graphical representations:

The topological and structural details about the most probable knots are stored in the table below the graphical presentation (Fig.4). Each row of the table corresponds to one knot. The rows are sorted with decreasing likelihood of the knot topology. In each row, one can find the minature depiction of the knot identified along with its name and likelihood. The rest of the table presents position of the knot core, slipknot loop, the knot tails. All this information is visible in the JSmol presentation.

Relaxation - robustness of the topology 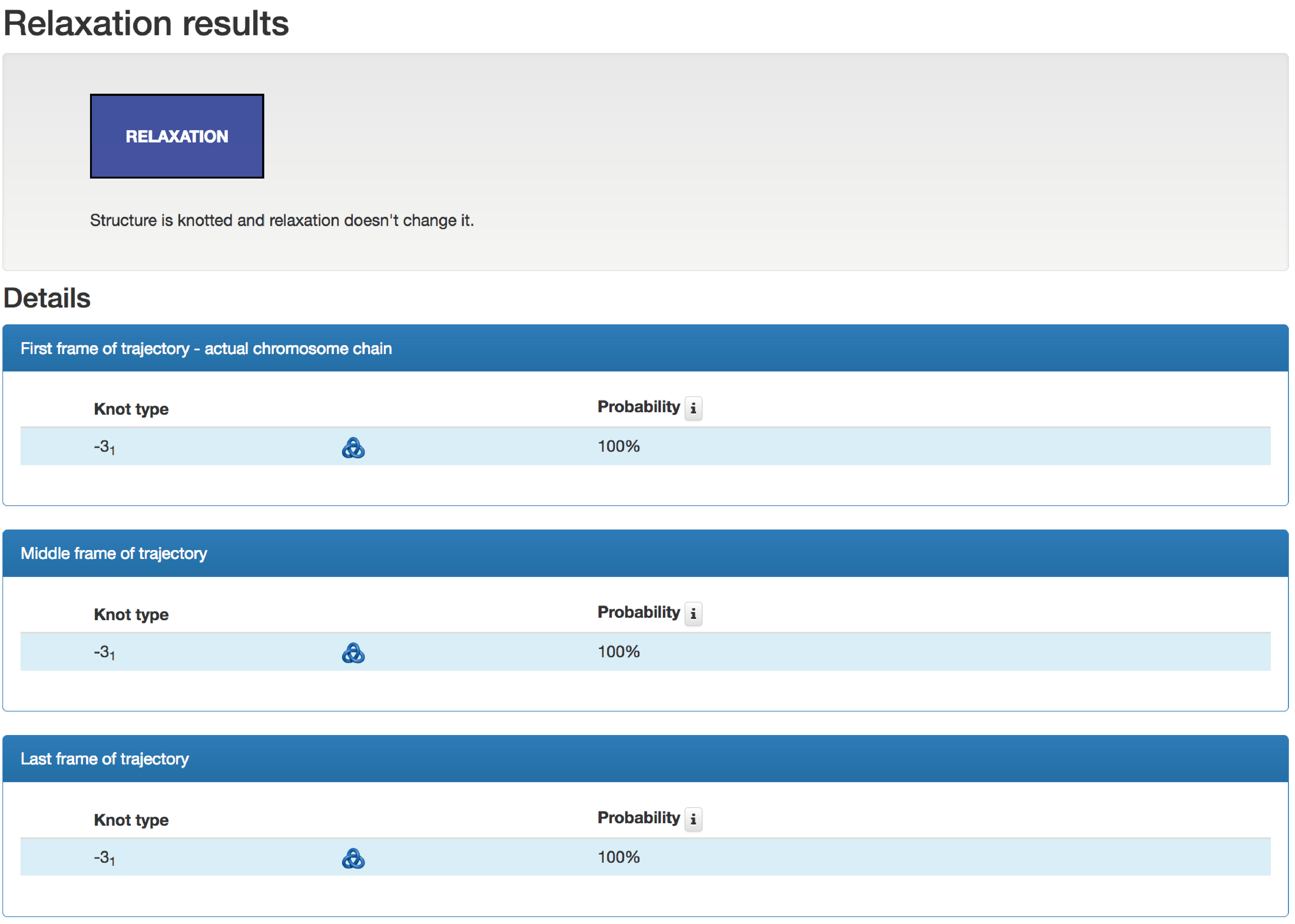 Fig. 5 Overview of the result page for a single chromosome relaxation analysis. This data shows that a sample knot remains conserved during the whole simulation.

The result of relaxation - the robustness of an investigated topology - is described via four colors and presented at the top of the page in the box called "Relaxation results": 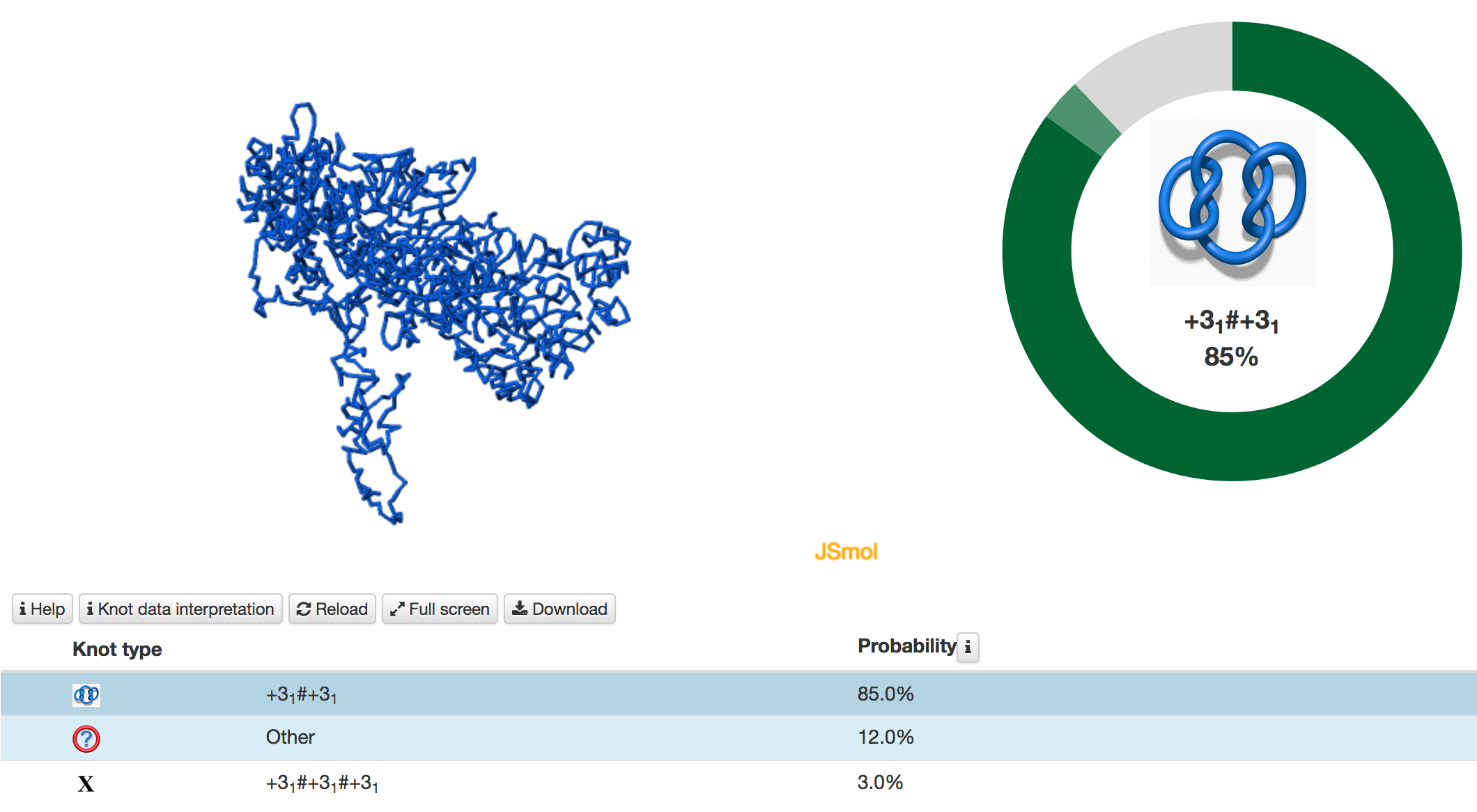 Fig. 6 Example of the job results pages when the user chooses the Main type option. In this case, only the entanglement of the full length of a chromosome is determined. When the random closure method is additionally used, KnotGenom identifies the most probable knot type and also the likelihood of forming other knots. The likelihood is shown on the right. Please note that when the minature depiction (figure) of the knot is very complex, and we thus do not have a corresponding picture, it is denoted with X. 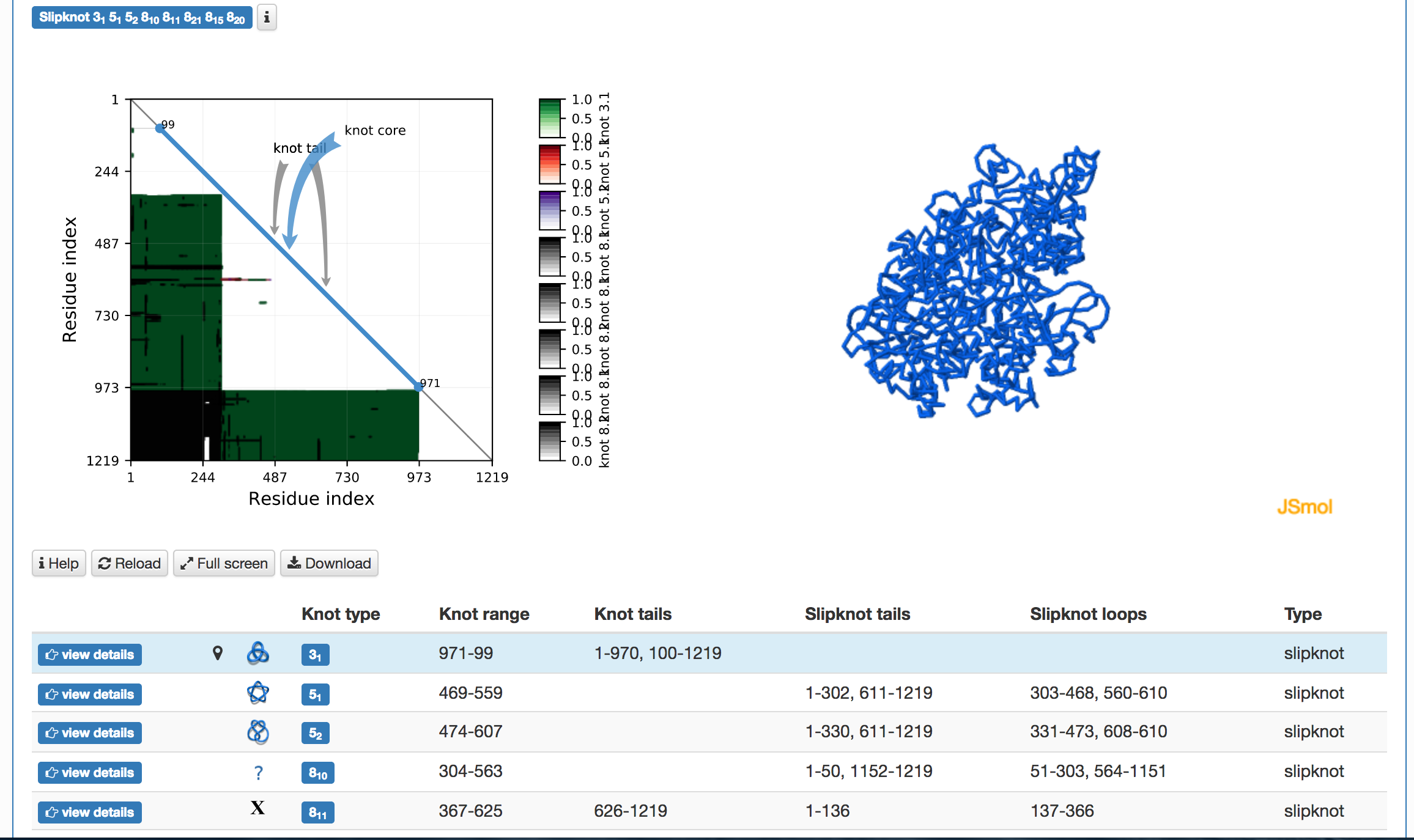