Mathematically, links are the realization of a collection of circles in three dimensional Euclidean space. They are often oriented, i.e. each circle is provided with a direction called its orientation and the spatial realization is called an oriented link. The orientation is biologically relevant, as the chromosome is oriented from the 5'- to 3'- terminus. At the coarsest level, links are classified by the number of circles, the number of components, with the case of a single circle being called a knot. As in the case of knots, the proper, mathematical link is defined only for closed loops. 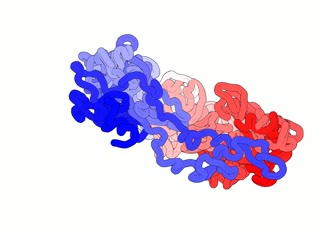 KnotGenom detects two types of links, probabilistic and deterministic, depending on the method used to close chromosomes termini [1]. For more details about closure methods see section "Link detection". Next, the collections of links of n components are separated according to the number of crossings that appear in a generic orthogonal projection of the given link to a two dimensional plane with the smallest number of crossings. The classification of links is unique (for more details see http://linkprot.cent.uw.edu.pl/link_detection). Within each subcollection, individual links are ordered according to historical practice, e.g. the Alexander-Briggs table, or, in more contemporary listings, according to a facet of their symbolic coding, e.g. the Dowker-Thistlethwaite code with the 'alphabetical' ordering.

For each n component link, there may be as many as 2n+1 oriented links varying by mirror reflection (and the chirality of the link) and the orientation of the individual components. The result is that the identification of an m crossing n-component link quickly becomes a very challenging problem. In practice, there is a small series of steps that one can take to achieve this identification:

If a link is divided into k spatially separated families of sublinks, we determine the identity of the sublinks, Li, and show the entire link as the union of these sublinks, e.g. using these strategies, namely Dabrowski-Tumanski et al. in [1], we developed a table of link polynomials for those that have occurred in proteins the most frequently. As new ones are encountered, we use these methods to identify them and add them to tables if this is possible. However, as it is shown below by the examples, links detected between chromosomes are much more complex.

The majority of above description comes from http://linkprot.cent.uw.edu.pl/link_detection where more details can be found.

Links are detected between chromosomes upon joining the termini of each chromosome. To detect links, the KontGenome uses a modified technique developed before for multichain models of proteins [1]. The method is optimized here to take into account properties of chromosomes as described below.

Remark 1: Please notice that each of these methods can introduce an additional crossing of the chain in its projection on 2D plane, changing artificially its link type. Therefore, the random closure method is recommended to use, however, this is the most time consuming method.

The KnotGenom uses three closure methods to determine links (for details see Links detection). In each category, the links are divided into topological classes and by the number of components which constitute the link. Each topological class is then subdivided into more exact subclasses taking into account also the chirality of the link. The topological classification of each link type is described in this section following nomenclature which we established before for linked proteins. Currently, the KnotGenom server presents information about links made of:

When the probabilistic method is used, the link type in principle depends on the closure direction. In such case the link type is calculated for many closure directions (default values is equal 10) and the total likelihood variation of the associated topological link types is presented for each pair of chromosomes. Moreover, the user has the possibility to define the cut-off likelihood for which the structures will be displayed. With decreasing the likelihood cut-off, more structures and more topological motifs are present. The default likelihood cut-off is set at 30%.

For the center of mass and the direct closure method, the probabilities are denoted as 100% as there is only one closure in these cases.

The KnotGenom server also takes the orientation of the chains into account, which splits the possible topological type into subtypes. Currently, the HOMFLY-PT polynomial is used to identify all prime two-component links up to 14 crossings in their minimal crossing representation and most component links up to 8 crossings [1]. However, some knots and links observed in current chromosomes conformation [3] contain even more crossings. Such type of entanglement is called "Other". Such structures reflect chains that form exceptionally complicated links or knots, and they will be progressively identified and added to the database. Examples of probabilistic links identified in chromosomes are presented in Table 1.

Remark 1: Other - denotes links or knots with more than 8 crossings.

How to cite
KnotGenom | Interdisciplinary Laboratory of Biological Systems Modelling